1. Grand Theft Auto San Andreas : Number 1 in our open world android games is from video game giant Rockstar Games. This high-energy action title, GTA SA , promises over 70 hours of gameplay in its massive open world map, covering the three major cities in SanAndreas.
With wireless controller compatibility, there’s no downside to choosing to play this game on mobile. The download is on the larger side at 2.5gigabytes, but the masses of five-star reviews show that it’s definitely worth it.

And the best Android Open World Game is GrandTheft Auto San Andreas (GTA SA) ,Time might be the cause of many of the world's miseries, but it definitely does good in the world of video games.

One of the landmarks in the open world genre, Grand Theft Auto's seventh title reigns supreme on the mobile--more than10 years since its first release. What used to be a sort of benchmark on PCs and console can now be enjoyed in the comforts of our own phones. Now isn’t it a great time to be alive?

Return home to Grove Street and partake in the criminal misadventures of Cj and the gang.

But even with the blocky visuals, its as loveable as ever. Explore the vast state of San Andreas in all its glory--whether you wanna ride around with their funky radio stations, go on shootouts in hundreds of missions, or order Big Smokes at the cluckin bell--The world is yours for a fraction of the cost but you can take it free from Gaming Guruji Blog. It has a Play Store rating of 4.5.

MCPE is at number 2 in our open world android games list. Having made it in almost all relevant platforms, the mini voxel universe opens up even more new opportunities with their grand entrance to the mobile world. Making its debut on the App Store in 2011,the game has come a long way since.


You’ll have the choice to play in creative mode – with infinite resources – or survival, where you start with nothing and have to mine to gather materials. Build anything from a tiny cottage to a huge castle, craft weapons and armor, and fend off mobs and monsters alike. You can even play this game online with friends,cool isn't it?

With a slew of new content and a dash of much needed visual upgrades, it sheds its dated past and brings it to a new level of greatness. Open your mind to the dangers of their blocky environments, or widen your horizons in their vast haven for creativity.

With different game modes to look over, you'll have free rule to do anything you desire - regardless of whether its living nearby the animals of their reality in Survival, or communicating your inward craftsman in Creative mode: the decision is yours. While it despite everything does not have a couple of highlights from the PC original, this pocket version certainly nails the center components of Minecraft title. For that, it receives a Play Store rating of 4.6.

3. Terraria : It’s like Minecraft, but not really -- it’s really it’s own thing. You can quench your wanderlust in this pixelated side-scrolling, randomly generated wonderland. Just don’t wander too far on the east or west and you’ll face a perilous swamp or a giant floating skull.


Not the last, Terraria is at number 3 in this list, But what really sets Terraria apart,as opposed to games like Minecraft where it's really, really open sandbox gameplay, is that you actually have some sort of sense of progression.

You're not just meeting personal goals, you're being reminded by the game that, yes, you are progressing. The game goes through a day and night cycle, and as such, the enemies are constantly changing. Not only that, but you're encouraged to explore, and the more you explore the more weird things you come across.

There are just a crap ton of different enemies, biomes, creatures, weapons, items, rare loot, events, and even bosses to take care of. You also have the ability tonot only build your own house, but to build a town, where different NPCs will start to occupy different structures, as you meet the requirements for these guys.

And there's a money system,so you not only get to craft things, but you can also just straight up buy items and upgrades and weapons and explosives and potions and, of course, you can sell your own crafted items back to the NPCs for even more cash to keep that economy going. This is just such a massive game.

Terraria While it might stand out from the lineup of open world games on the PC and consoles with their high polygon count and hyper realistic worlds.

Go spelunking in caves, craft weapons, takeup gardening, or partake in a grand quest for rare treasures. Whatever you fancy, Terraria is always ready to take you in. It has a Play Store rating of 4.4.

Conclusion :
This is our top 3 and you may not agree with me so comment down below about your top 3 android games. Although there are many other open world games like GTA Vice city, GTA chinatown war, Gangstar vegas etc. which can't be ignored. So keep playing and enjoy the virtual world anytime anywhere in your android mobile. 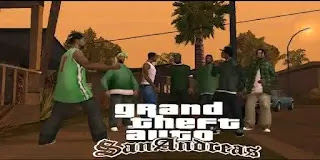 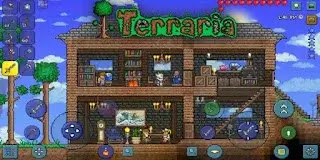 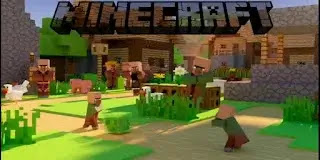